Although this is a re-release, I am absolutely so happy to be able to share the new cover for Claiming Ruby. 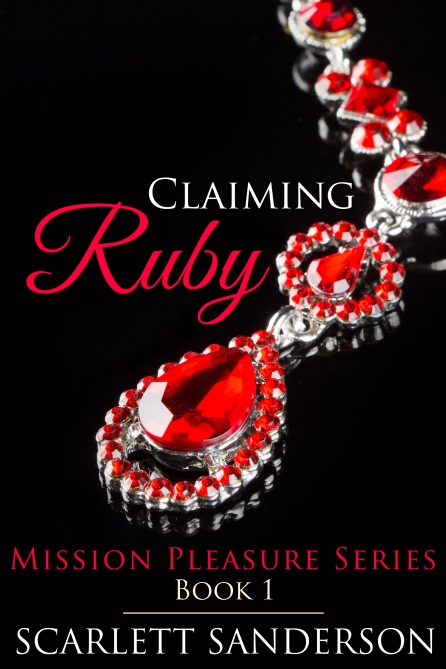 The book is released on July 7th. Look out for giveaways and promotions coming after that date 🙂 Here is the blurb:

Ruby has a secret. Beneath her prissy exterior lies a submissive in desperate need of a Master. After her past disastrous attempt at exploring her fantasies, she buried her cravings deep and told herself she’d be fine without giving in to them. Then she meets Joshua. He’s everything she’s ever fantasized about—and everything she’s feared.

Joshua didn’t start out wealthy—he’s an ex-marine who made his fortune after seeing his fair share of war. His wealth and lavish lifestyle are nothing next to his driving need to claim Ruby for his own. He’d give up everything to collar her for a lifetime, and he’ll have to use every sinful dominant trick he knows to make her let him in.

Inside Scoop: This book features a hero who knows what his submissive needs, whether it’s being tied up or being taken in public with the assistance of two other hot marines. Please note this book was previously published by Ellora’s Cave.

You can pre-order Claiming Ruby now from Amazon.

Joshua and Ruby are sooo hot together, and Joshua is very alpha.

I also have the covers for the next two books in the series, Taming Nora and Enslaving Dana, but they are a secret…for now.

I’m finally pleased to announce the ALL NEW final book, Enslaving Dana is almost complete! I’ve put off writing Bastien’s story for so long because of the problems with my previous publishers but I am glad I’ll soon be able to share Bastien’s story with you. It’s a hot one!

I’m so excited to be sharing these characters with you. I love kinky, alpha heroes and the women that become their submissive’s 🙂 I hope you enjoy reading them.